This is some text inside of a div block.
categories
No items found. 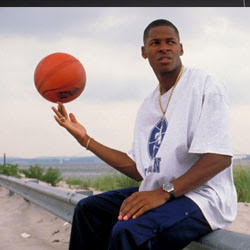 Tua Tagovailoa gives the Miami Dolphins a chance to win every time he steps onto the field. Over the last few years, however, Tua’s long-term durability remained in question among some fans given his history of injuries since entering college football four years ago. From knee sprains to dislocated hips, to potential concussions, he’s had his fair share of setbacks. But in the eyes of Tua’s fans, this is a testament to his strength and resilience, as he’s proven to come back from every injury while playing like a vet with double his experience. With few fans anticipating a major injury to take Tua out permanently, many more are rooting for him to take the Dolphins all the way this season.

With that in mind, keeping an eye out for his trading cards could be worthwhile for anyone in the hobby or for those who wanted to get started in the trading card industry. Tua cards can currently be had at a lower price point than those of some other quarterbacks from his draft class.* With his potential, ability, and intangibles to make big plays resulting in a win-column impact on his team (and perhaps on some personal card collections), the buy low upside on Tua is unquestionably in play.

The turbulent start to his season that began with controversial injuries only added to this, and it’s going to be interesting to see if he can overcome the “always hurt” tag and erase the doubt. If he can, he is in the right system at the right time in the prime of his career, surrounded by all world wide receiver talent. Tyreek Hill and Jaylen Waddle have broken out in Miami's new-look offense this year under head coach Mike McDaniel. They are currently the most productive receiving duo in the NFL this season, with Tyreek Hill ranking #1 in the league with 773 receiving yards, and Jaylen Waddle slotting in right behind him at #4 with 621 receiving yards. Only time will tell if it’s finally going to be Tua Time.

The Heart of a Warrior

As the NFL season approaches Week 8, many eyes are on Tua as he has the chance to bring the 4-3 Dolphins back to the playoffs for the first time since 2016.

For those that don’t remember, Tua Tagovailoa is the quarterback that had an MVP performance to lead the Alabama Crimson Tide to their seventeenth championship. He also won the offensive MVP award in that game and continued to win several individual awards throughout his college career, but ultimately his junior season was cut short by a hip injury which required surgery. Although his junior year will always be remembered as a ‘what if?’ for die-hard fans, he remains fondly remembered as an Alabama legend. Roll Tide.

After the Hawaiian-Samoan quarterback was drafted fifth overall by the Miami Dolphins, he made an immediate impact, propelling the Dolphins to their first win over New England since 2008 when he replaced a struggling Ryan Fitzpatrick against the Patriots in 2019. Unfortunately, however, the injury woes continued to plague him as he only played four games in the 2021 season due to rib and head injuries.

To start the 2022 season some believed Tua would beat the injury-prone tag and have an outstanding season. And that was true–temporarily.

Tua led the Dolphins to three straight wins, including a six-touchdown performance over the Baltimore Ravens. However, in Week 3, Tua suffered what was confused between a back injury and a head injury. This confusion was highly controversial, as he cleared concussion protocol and returned to the field in the same game despite how severe the hit appeared to the average fan.

To make matters worse, Week 4 fell just four days later for a Thursday Night Football matchup against the Cincinnati Bengals. The Dolphins ultimately lost that game, as Tua suffered another head injury and was carted off the field with no memory of it all. The Miami Dolphins, the NFL, and medical teams faced heavy scrutiny for clearing Tua to play in the game less than a week after a previous head/back injury.

The Return of Tua

Tua has shown that these injuries haven’t slowed him down or hindered his ability to control the game and lead the Dolphins to victory. This past Sunday, October 23rd, Tua threw over 260 yards with a touchdown in a Week 7 matchup against the Steelers–his first game back from the highly concerning and controversial injury. It was noteworthy that Tua didn’t hesitate to utilize his feet and run on a few occasions when the Steelers were able to get past the Dolphins offensive line.

Currently, the Dolphins (4-3) are trailing the Jets (5-2) and Bills (5-1) in the AFC East and are scheduled to play the abysmal Detroit Lions (1-5) in Week 8. We’re anticipating a high-scoring game from Tua and the Dolphins’ much-improved receiving core, which now features Tyreek Hill in addition to the record-setting sophomore Jaylen Waddle.

Our Opinion on Collecting Tua Cards

Injuries, athletes, and cards–a set of variables that can make or break your collection. Injuries often lead to cards becoming overvalued the moment one is sustained, and then potentially undervalued as people clear their inventory to cut their losses. There is no shortage of top-tier prospects whose careers ultimately ended prematurely, but there are also many stories of players who were able to overcome uncertainty and exceed all expectations, and the same can be said for their cards as well. Long-term basketball collectors can remember the early season injuries that plagued Steph Curry at the onset of his career, and how things ended up turning around long-term with his fourth championship win just this past summer.

The injuries Tua Tagovailoa sustained are tough to forget. The game this past Sunday ultimately provided fans with the validity that Tua can come back from an injury as if it never happened. Savvy collectors who missed the initial Tua hype train in the early weeks may have found an opportunity to buy low once again following the Week 3 and 4 injuries. Plus, Tua’s cards are priced significantly lower than draft-class counterparts Joe Burrow and Justin Herbert, making them much more affordable additions to your collection. With Tua back and playing well we may be witnessing another positive trendline for his collectors.

Want to Own a Piece of Tua Tagovailoa’s Rookie Card?

TENAMINT uses fractionalization to offer sought-after trading cards at fractional prices. Recently, @c_merc_hoops submitted a beautiful Tua Tagovailoa card to be listed on TENAMINT. The "2020 Panini Contenders Optic Purple Pulsar Tua Tagovailoa" is numbered 11 of 21 and graded a BGS 9.5 (10 Auto) with impeccable sub-grades with none graded higher (as of August 2022). This card was professionally appraised by Beckett at $5000 and will be released at a fractional price of $10 (500 available).

The card's drop date will be announced soon, but stay tuned to our Instagram for a pre-release giveaway for a free fraction of this card.

We created a way to make the most sought-after trading cards affordable to everyone. Every card on TENAMINT is curated, authenticated, and vaulted. Since each card is divided into affordable, fractional pieces, you can easily collect your favorite cards. Join our community and start building your collection today.

The material provided distributed on this website or elsewhere should be used for informational purposes only and in no way should be relied upon for advice of any nature. Also, note that such material is not updated regularly and some of the information may not, therefore, be current. Please be sure to consult your own advisor(s) when making decisions regarding your purchases.